Thessaloniki Airport “Makedonia”, is an International airport located 14 km of the city centre. It is the second largest airport in Greece. It is the main airport of northern part of the country and serves the city of Thessaloniki, and the cities of the region.

Thessaloniki Airport’s website was renewed and offers details about departures & arrivals and further useful information about the city www.skg-airport.gr.

Transfer from / to airport

The OASTH buses connect the airport with the city centre throughout the day by the 01X and 01N lines. The journey is around 40 minutes.

A single ticket costs €2.00. You can buy the ticket from the ticket machine on the bus, but keep in mind that the machine does not return spare change. 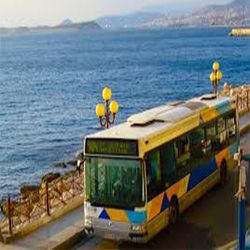 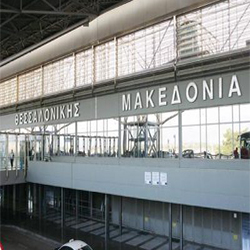 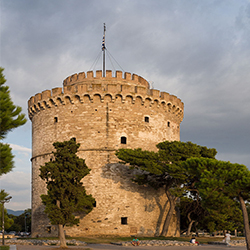 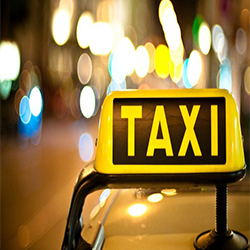 From the ancient Greek Symposium to the meetings and events of present day, people convene to exchange ideas and goods, and they transform the world as they do so…

At the crossroads of East and West, the city of Thessaloniki has been witnessing these transformations for millennia as a proud host of great people and historic events. Today, the capital of the region of Central Macedonia and the second largest Greek city, Thessaloniki, is a significant business hub for Southeast Europe and a remarkable place to visit.

The city of Thessaloniki is a vibrant modern metropolis. Built on the waters of the North Aegen sea, the city and its 1 million inhabitants are renowned for their hospitality and easy going lifestyle.

It takes a walk on the “paralia” -the longest urban waterfront in Europe- to relax and feel the charm of this unique Greek city.

It takes a few hours in the city centre to turn a stroll into time travel: from Alexander the Great and Aristotle the philosopher, to the inventive Romans or the pious Byzantines through to the lofty Ottomans and the cosmopolitan contemporaty Greeks. It takes less than a two hour drive to the divine Mt Olympos for a climb or to the emerald waters of Halkidiki for a swim; add an hour or two to your day trip and visit Vergina, Pella and Dion to admire the grandeur of the Kingdom of the Macedons.

Thessaloniki is the second biggest city in Greece and a regional business hub and shopping centre with an active commercial port, a significant local industrial activity, and the largest academic and research community in the country.

The city hosts the Thessaloniki International Trade Fair, the Thessaloniki International Film Festival, the Black Sea Trade and Development Bank, the European Centre of Vocational Training, the Alexandria Innovation Zone and several other major institutions. It has rightfully been a European Cultural and Youth Capital: besides the excellent museums and historic buildings, the city is a big stage for creative young people who enjoy all aspects of life. Gastronomy is just one of them. Music, dance and dazzling nightlife is another.

The city is easy to explore. You can go anywhere in about 30 minutes. A modern International airport is just 15 km to the east, a railway station is in walking distance from the city centre, buses and taxis are trustworthy and inexpensive -everything in Thessaloniki puts you at ease. The climate is no exeption: typically Mediterranean with warm-to-hot summers, mild winters and an annual average of 300 days of sunshine.

Please refer to above links for the opening hours.

The bus number 50 “Cultural Line” is the sightseeing route. You can get the bus near the White Tower (Lefkos Pirgos). “Ladadika” district is recommended for entertainment (music, food, cafe, bars) near the port of Thessaloniki, which is also very nice for a night walk (various cultural activities are taking place there).